“Southern University, defenders of the gold and blue.  We will always loyal be and we will raise a cheer for you.  All for one and one for all, we’ve got the will to win for thee. So fight, fight, fight, fight, ’til we win the victory! Go Jags, go!”  This brings back so many memories of being on “the yard” at THE Southern University and A & M College in Baton Rouge, Louisiana.  Delores Spikes was president, the Smith-Brown Memorial Union had just opened, I met my future husband, and I was having the time of my life.

Matt and I taking a pic before a football game 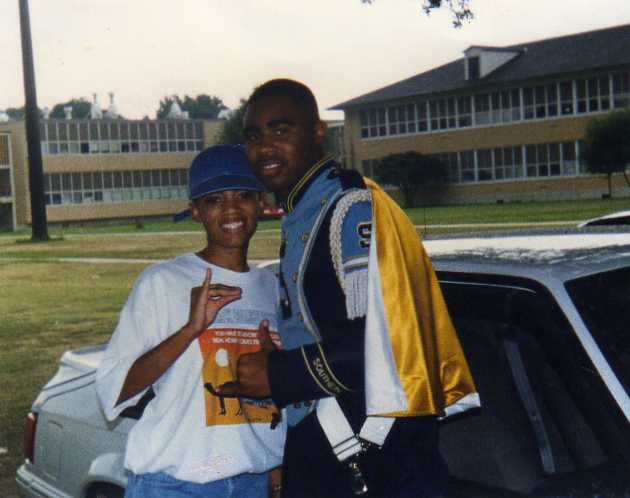 My parents helped me through undergrad, but when I graduated from college, my little sister was entering Ole Miss and they were now helping her through undergrad.  Well, when I got my acceptance letter to law school in 1998, I knew that I would have to pay tuition alone.  My parents still helped me with rent, paid my car note and insurance, and made sure that I had everything I needed, but I knew that Sallie Mae would become all too familiar during my years of law school.

One thing that bothered me was watching some students head straight to Saks Fifth Avenue on Canal Street to buy the latest designer loafers, belts, and handbags once they received their loan checks.  Sure, I wanted those things, but I knew that I had to pay that money back and I could wait until I got my degree to purchase those things.  They dressed like lawyers in law school and like law students upon graduating from law school. 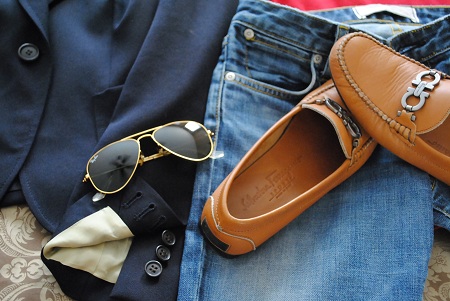 There was, however, the majority who used the money strictly for tuition and living expenses.  I only received the minimum amount allowed each semester, which still ended up being a significant amount at graduation. The interest Sallie Mae charges is beyond unthinkable.  I worked for two law offices while in school, preparing legal memoranda and conducting legal research, and I worked as a teaching assistant during my second and third year of law school.  I saved my money by putting it into CD’s, which my dad had told me about when I was in high school.

I knew that I did not want to take out a “bar loan” to take the bar during the summer.   Instead of taking the Barbri bar prep course, which was super expensive, I took the LSU bar prep course.  I used the money I had saved to pay for the course and materials.  The money I had saved also got me through the summer months.  I did not have to work or stress about paying for gas, utilities, and rent.  It was already saved in an account that I used until I began working as a law clerk in August.  This allowed me to forego receiving extra funds from Sallie Mae or a private bank to get me through the summer.

I thank God for my education.  I love Southern University, the wonderful friends I met, and the experiences that no other university could offer, but I cannot tell you how much I hate Sallie Mae.

On April 29, 2015 at 9:09 a.m., I called Sallie Mae (now Navient) to pay my loan balance in full.  I cannot tell you how frustrated I was that I was giving a SIGNIFICANT amount of cash to this blood sucking company.  Sallie Mae has been the subject of numerous lawsuits.  In 2015, Attorney General Eric Holder filed a lawsuit against Sallie Mae and Navient alleging Sallie Mae failed to provide service members with a 6% interest rate cap on their student loans, as promised to active duty members under Servicemembers Civil Relief Act (SCRA). The department also proposed a settlement to the lawsuit, through which Sallie Mae would be required to pay $60 million to compensate an estimated 60,000 service members who were affected. Sallie Mae was ordered to request that all three credit bureaus delete any negative credit history associated with the violations. Sallie Mae also obtained default judgments against service members who qualified under SCRA, and charged excessive rates to those who provided documents proving they were members of the military…and the list goes on.

The FDIC also announced its own settlement with Sallie Mae Bank. The FDIC said Sallie Mae violated federal law by “inadequately disclosing the ways in which it allocates borrowers’ payments across multiple loans in a way that maximizes late fees, and misrepresenting and inadequately disclosing how borrowers could avoid late fees.”  See the article at US News via the following link: http://www.usnews.com/news/articles/2014/05/13/sallie-mae-must-pay-service-members-60-million-for-student-loan-violations

I think I’ve said enough.  A Google search will quickly reveal how trifling this company is. I need to stop.  I am getting heated again.  Here is what I have to say to Sallie Mae.  Sallie Mae is not worth a lot of words, so I’ll keep it short as I feel the need to waste my breath on more important things:

Dear Sallie Mae, Navient, poor excuse for “assistance”, or whoever you are,

You no longer own me.  I own you.  Although I regret the day we met, I can say that I do appreciate the fact that as a result of our encounter, I will do everything in my power to make sure that nobody I love has to ever receive a document bearing your name.  I cannot believe that you thought you would hold onto me for another 15 years and that I would be 53 years old before I said “Goodbye” to you.  As a result, I will do everything I can to ensure that my children do not have to stand in a long line at the financial aid office awaiting funds from you to receive their education.  Rest in peace, Sallie Mae!  From this day forward, your name will never be uttered in my home again.

For those of you who are still paying student loan debt, I am praying for you.  I know your struggle, your frustration, and your pain.  You will get through this, but start planning for your kids in the meantime, and know that #ihatesalliemae (always have, always will).