I love pizza, but I don’t eat it a lot because it is unhealthy, of course.  I met a young lady who told me about Reilly Craft Pizza & Drink.  One of my friends also told me that she loved the atmosphere there and that the pizza was great.  I decided to meet a couple of friends there and try it for myself.  The crowd, the furnishings and the funky elements of the restaurant made it a warm and upbeat place. 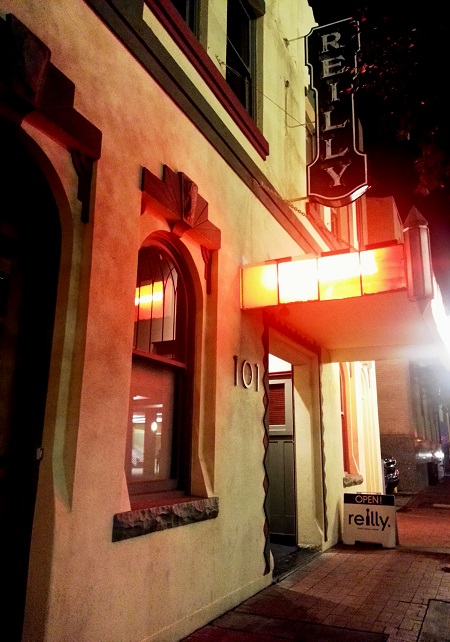 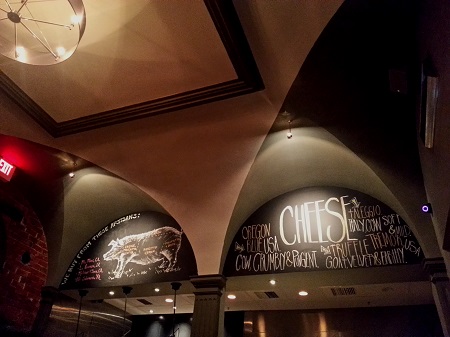 to the exposed ductwork… 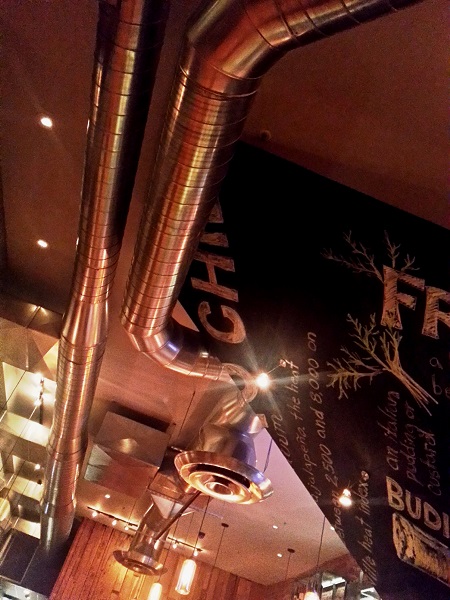 to the writing on the wall — I love these fun design elements throughout the restaurant. 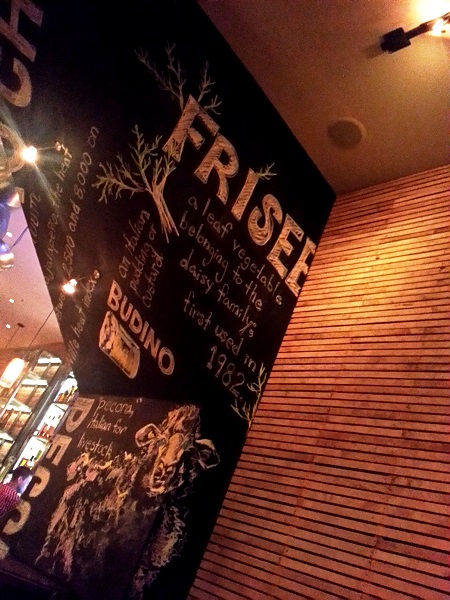 For my entree, I chose the roasted crimini mushroom pizza.  The edge of the crust was burned.  I don’t eat pizza crust, so the crust did not bother me.  I usually toss it anyway.  However, one of my friends who was also eating a slice of my pizza stated that it tasted burned.  I didn’t get to the crust, so I couldn’t tell you about the burned crust.  However, the pizza was delish, and I would rate it a B- because of the burned crust.  Otherwise, it would have been the perfect pizza.

The lighting was very dim in the restaurant, so pardon my low light, not-so-good photos. 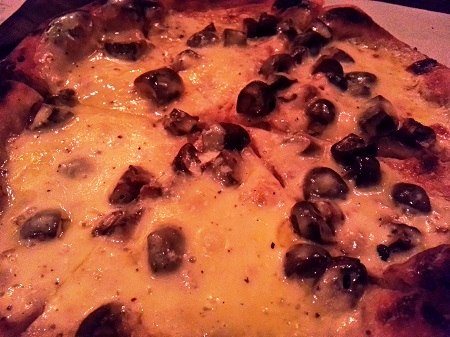 One of the guests ordered the shrimp and grits (calabrian shirmp and soft polenta), which were awesome!  I’m from the South, so you need to “bring it” when you serve  shrimp and grits.  I only ate a spoonful, but this dish was really good. 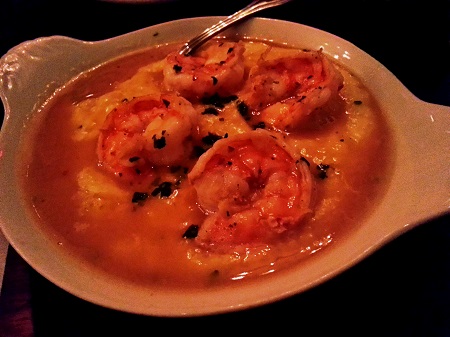 The desserts, however, were the best!  Each of us ordered a different dessert and shared it.  I thoroughly enjoyed each of them, but I think my favorite was the tiramisu in a jar.  That is a lot of tiramisu! 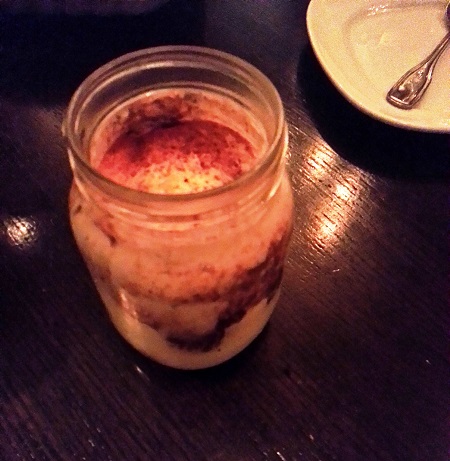 The chocolate-polenta souffle was equally as delicious.  The salted caramel gelato and cracker jacks were a perfect topping for this chocolaty dessert. 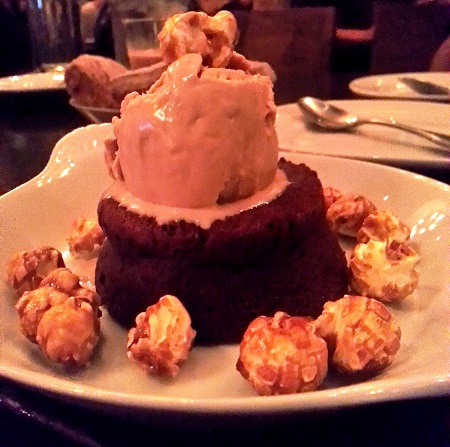 I like the fried dough with the cinnamon sugar.  It was also served with nutella hot chocolate as a dipping sauce.  The two women with me raved about the nutella hot chocolate, but I only ate the dough, which was really good.  It had just the right amount of cinnamon and was warm and chewy. 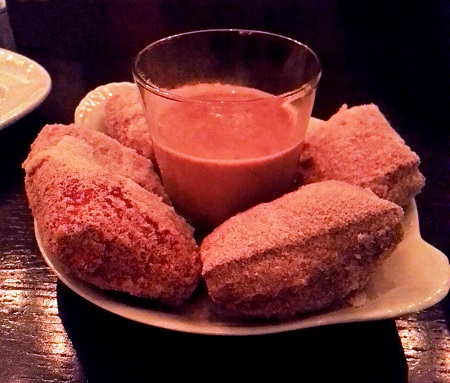 Things you should know:

This is a really upbeat and popular spot, so please make reservations before going.  I did not make reservations, so we waited an hour to be seated.  However, I was with two other women and we had a lot to talk about.  The time went quickly with all of the catching up we had to do.

The meats on the pizzas are pork, so if you are not a pork eater, you will have to choose a pizza without meat.  I don’t eat pork, but my pizza was just as delicious without meat.  A meatless pizza is usually my preference.

For more information and a menu, go to www.reillypizza.com.